How does an extrovert manage to spend 5 whole days only seeing one other person? Fortunately for me the other person was my much loved brother Clint, but the couple who showed up to Pine Valley Hut on the fifth evening of our 7 days in the Tasmanian wilderness certainly were greeted with my fullest attention, a warm coal fire and lots of stories! 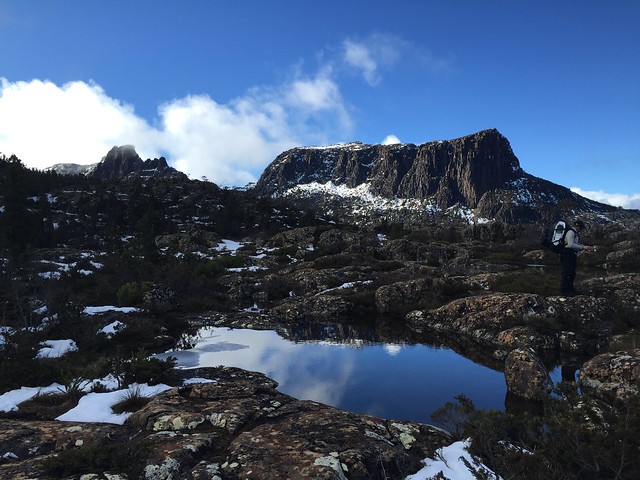 Five days previously Clint and I had arrived in Hobart at 9.30am on Saturday morning after an all night flight from Perth, a friend collected us from the airport handing over what was to become our “favourite pieces of equipment” – 2 pairs of NEOS Overboots on loan from a mate in Victoria. Our Transport man, Connell, also supplied us with stove fuel and a three hour drive to Lake St Claire Visitors Centre where we just managed to jump on an exiting ferry. It was a bit embarrassing, we looked like amateurs with snow shoes and water bottles falling out all over the place! Just past the jetty drop off point was Narcissus Hut, here took stock of our senses, repacked our bags and donned our water proofs for the 3 hour walk in the heavy rain to our staging post for the adventures of the coming week – Pine Valley Hut. 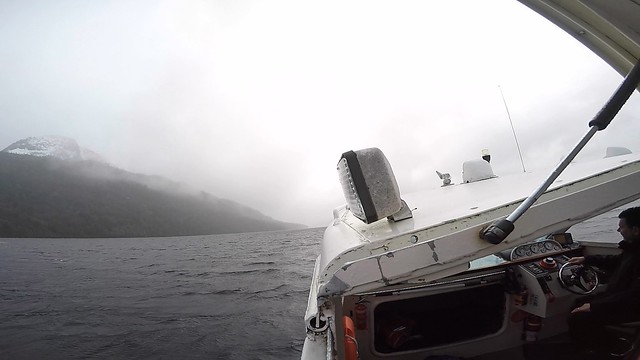 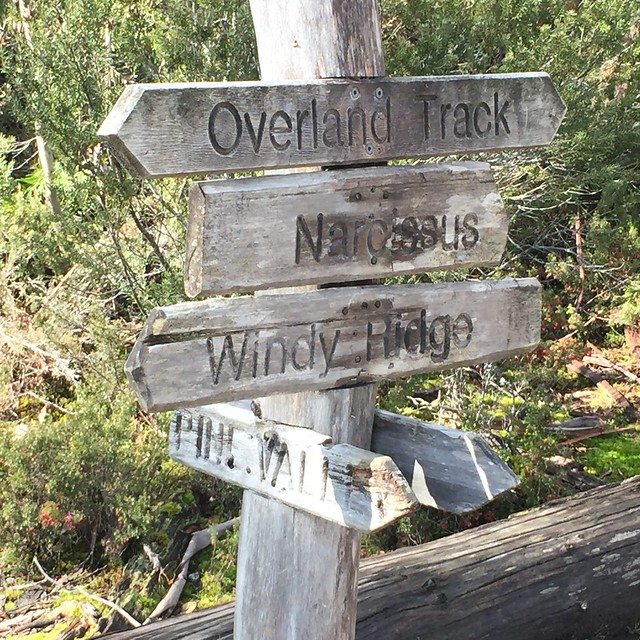 A decision was made to head straight up the trail not far from the falls behind our hut on Sunday morning. This trail led us to the The Acropolis (1439m). Once upon the main ridge line the snow was instantly deep enough to require the use of our snow shoes. Even then, as we climbed towards the main massif the snow deepened and the trail markers were lost to snow depth. Cloud was low and visibility down to just a few hundred metres. It was fabulous fun, with steep slopes and what felt like some precarious moments but with no clear trail, our GPS’s were trying to send us up all sorts of dangerous looking chutes!  We were soon out of time and needing to head back to our awaiting coal fired hut…I was sure I could smell the smoke from that fire on more than one occasion as we neared the hut…but we remained alone for many days. 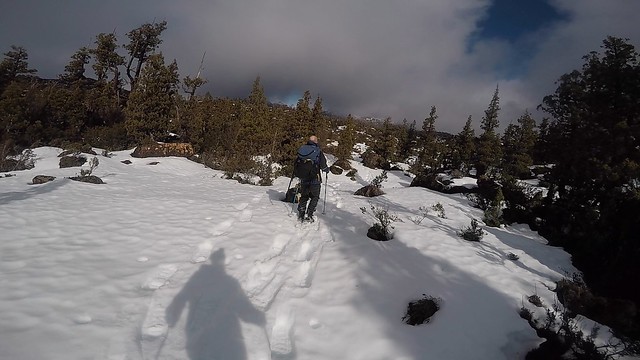 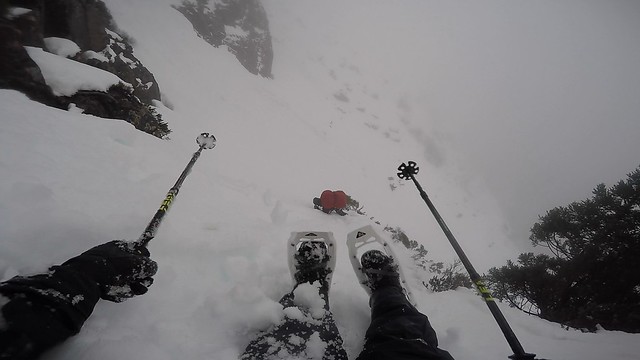 Day three saw us back up the valley near the intersection of the Acropolis Track and the Cepheus River, the trail we were on the day previous . We were convinced that somewhere near this location was another track, a little used track heading north along the Pine Valley floor to the site of the Geryon Climbers Camp. A ribbon was sighted on a tree not far off the main track…then another…and another and another! A couple of hours later we arrived at the ‘pointy end’ of Pine Valley (formerly known as Moss Valley). Here under the shadow of the giant rock face of Geryon and the impressive Acropolis we felt like we had found some fabled hidden city. Truth be told it was just a clearing and a small hand carved sign telling us we had made it. There were tracks heading out both sides of the camp no doubt up to climbing spots. The journey up the valley showed us two or three more waterfalls that were unmarked on our maps. They were much more impressive than the marked Cepheus falls behind our hut. We ‘trail ran’ back to the trail intersection following the ribbons as best we could…considering the blurring speed we were running at 🙂 We actually made such good time on the return journey we completely over shot the trail intersection without recognising it! Five minutes of discussion and we recognised where we were and headed back along the trail to our Pine Valley Hut to, again, practice our ever growing skills at lighting coal fires with damp wood. 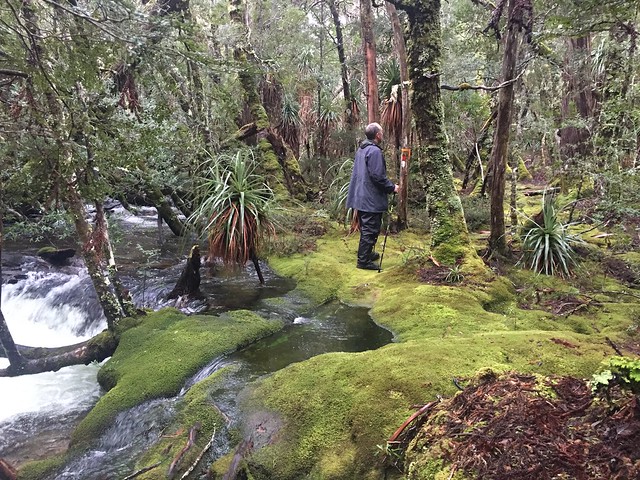 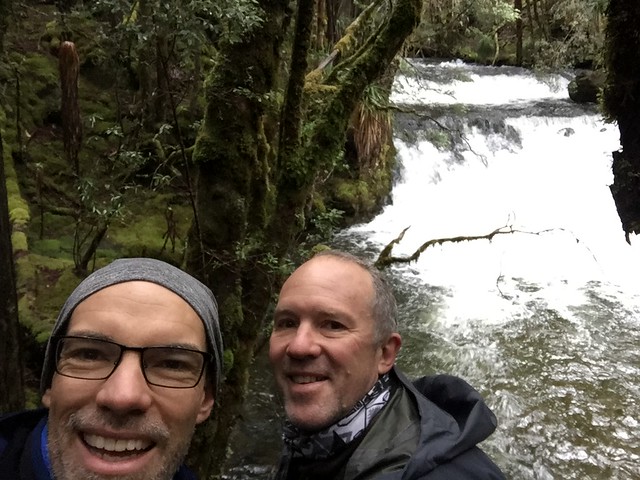 Tuesday, Day Four. We left a little bit of weight in food and un-wanted gear behind but loaded everything else into our packs and headed up the opposite side of the valley wall to The Labyrinth, The Parthenon, Pool of Memories and a host of other delights. A very steep scramble up a fast flowing stream into a saddle adjacent to the long Parthenon (1229m). We donned the snow shoes and traversed along the west side of this mountain until we came to a drop into a valley filled with small mountain lakes. The weather, again was clear and very pleasant to walk in, with views across the Pine Valley to Acropolis and Geryon. After some ‘puddle hopping’ we came to where the trail around our first big lake (Cyane) disappeared under water. It appeared that the ice from the lake’s surface was stopping a full flow out and down the mountain, thus it was flooding the lakeside trail. We were conscious not to smash through more bushes higher up, this high lakes area is a sensitive area in terms of its bio-diversity. (We were even holding in our ‘number twos’ to avoid having to carry them out!!) From our dead end we looked back over the lake and noted a couple of good flat potential campsites, we cut back around and flattened out some snow and had one of the nicest campsites I’ve ever had the pleasure of sleeping at! 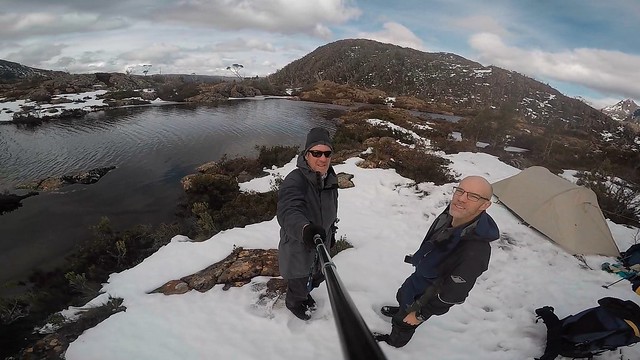 After some heavy rain, strong wind and a little snow we awoke to a thick blanket of morning cloud, yet a still day and not too cold. The rain had washed a bit of the snow cover away revealing rocks and bushes we hadn’t know existed the day before. The temperature was mild at around 2 – 4 degrees. We decided to leave the tent set and the solar panel plugged into the battery in the hope that the forecast for sunny weather would prove right. The sun did poke through occasionally, enough to put some charge in, but not enough to get through the walls of the 4 season tent (Macpac). While that was all happening back at Lake Cyane we continued on around Lakes Ophion, Elysia and finally on to the Pool of Memories, our ultimate destination. In fact we mistook the pool for another lake as I had marked the Pool of Memories incorrectly on my GPS (Suunto Traverse). We in fact began climbing the nearby ridge toward the higher Lake Selene before we realised our mistake and happily returned to our snack spot at Pool of Memories for a break before moving back to drop our tent and move on back down to the Pine Valley. The patches of blue sky did not fail to impress us as the parting clouds revealed to us magical views of Acropolis and Geryon across the valley. On the return journey Clint tested the thickness of one of the frozen lakes…not wise, but extremely hilarious as he dived for the safety of solid land under his cracking base! I always find down hill journey’s much tougher than uphill ones so by the time we returned to Pine Valley Hut I was jelly legged and ready for a rest…was that the smell of a coal fire we could smell as we neared the hut? No such luck, we were still alone in the valley, at least for another couple of hours. That evening we were joined by a great young couple of Brisbanites currently residing in Newtown, Sydney. Andi instantly became my best friend as we discovered common ground as ‘gear junkies’. Clint and Andi’s partner Aaron sat in stunned silence as we chatted about the qualities of every known brand of outdoor gear known to man. 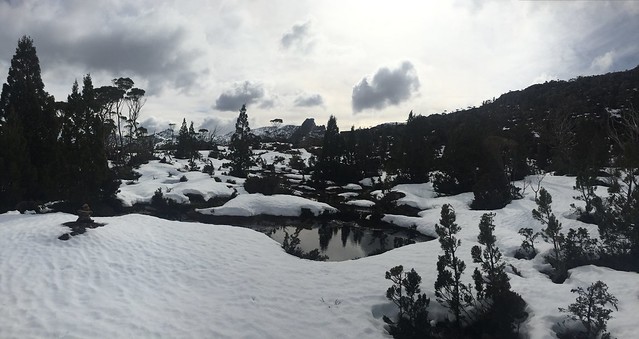 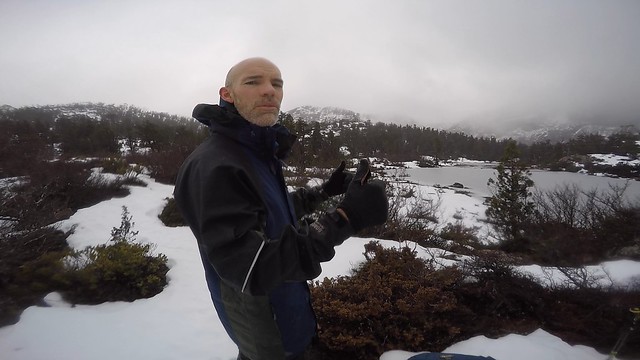 Day six required no rush, so after waking to farewell Andi and Aaron (with our snow shoes) as they headed up to Acropolis, we slept another hour, packed up and headed back to Narcissus Hut to await their later arrival. A pleasant three hour wander and a nice afternoon sitting at the edge of Lake St Claire saw us, again, greeting our new mates as they returned from a bigger day than we had experienced. We shared stories of our days, and more gear talk for Andi and I, then of course some sunset viewing from the helipad and Platypus spotting at the jetty…the last pursuit failed, but the first produced success – a stunning afternoon with the last of the sun’s rays kissing all the snow capped mountains around us – Mt Olympus (1472m) being the biggest/closest. 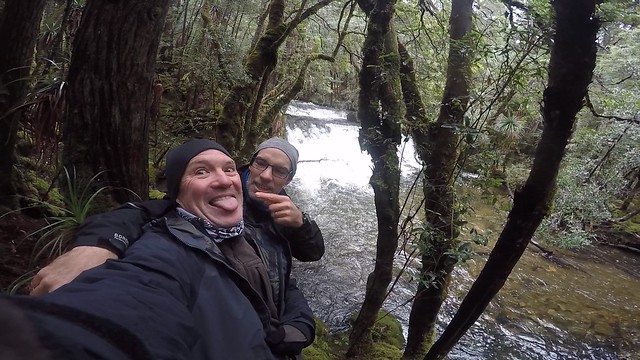 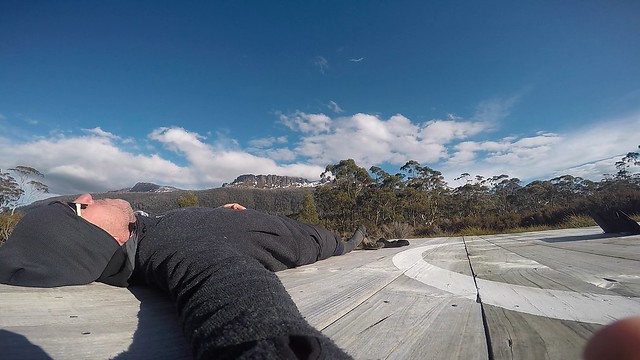 Friday. We were joined by an organised trekking group on the ferry, which was a big money saver. Winter sees the ferry used less and the lakeside walk covered in fallen trees, so with six or less people on board the boat you share a $240 fee. With thirteen of us we each paid the standard $40 crossing fee. The waves on Lake St Claire that day were, according to the ferry man, “the biggest I’ve ever seen, the wind is gail force, up around 80-90 knots!!” I don’t know about his accuracy, but it WAS wild out there! After 7 hours at the Derwent Bridge Hotel around a beautiful open fire and a 3 hour drive to Hobart,  we waved goodbye to Andi and Aaron, we were ready for a warm shower and comfortable bed in our very nice Montacute Bunkhouse in Battery Point. With heads on pillows it wasn’t long before we were dreaming of the morning markets at Salamanca Place, our flights home and our next adventure… 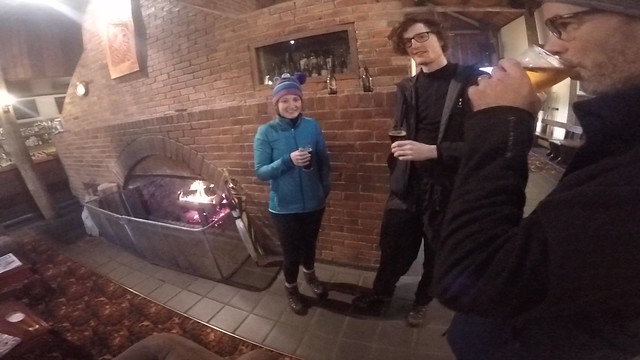 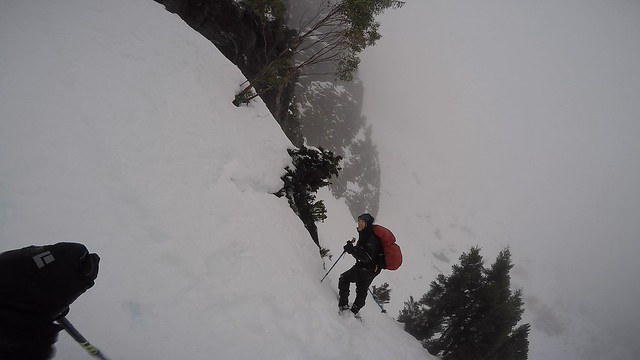